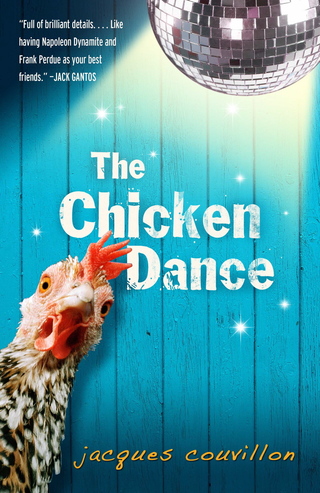 Reviews of The Chicken Dance

Don Schmidt, the narrator of Chicken Dance, is big on chickens. At the outset, we're led to believe that this makes him a slightly weird outsider. How wrong could we be? When Don - whose real name is actually Stanley, but that's the least of his worries - is declared the winner of the Horse Island Chicken-Judging Competition, he becomes an instant local celebrity. And this from a boy whose mother claims to keep chickens for "ambience". In truth, his family has to keep the requisite number of birds to fulfil the requirements of a will. No chickens, no roof over their heads.

Don lives in the shadow of Dawn, the big sister he never knew. The house is littered with her dance trophies. While Don's 11th birthday is forgotten, there's Dawn in her "Kiss Me I'm Eleven" T-shirt grinning at him from a photo on a shelf. He's left waiting and hoping for the "surprise cake" that never materialises.

Of course, as with many families, the Schmidts are harbouring secrets. No one and nothing is quite what it seems. Don is inclined to share his news - both good and bad - with his chickens. His favourite fowl is KC (as in KC and the Sunshine Band). Mr Bobby Bufford, owner of Horse Island Food and Furniture, helped Don to "rescue" her after she'd retired from the role of Henrietta, the Piano-Playing Hen. In return, Mr Bufford starts out wanting eggs but ultimately takes so much more. He founded Horse Island Food and Furniture on the premise that people will need a table to eat their food off. Not in the Schmidt household, they won't. It's TV dinners on disposable trays.

Once Don's mother finally cottons on to the fact that there's a direct benefit for her from his celebrity, she shows more of an interest in Don and even gets him involved in dancing. He hates to dance but loves the extra time he gets to spend with her when practising, especially the physical contact of standing on her feet as she takes him through the moves. (She buys him a pair of special shoes: jazz oxfords.) Soon her role as a singer in the proceedings somehow becomes more important to her than his dancing. We shouldn't be surprised. Don's father, meanwhile, always seems distracted and has never held a job down for long. He has much on his mind.

Chicken Dance is set in America - with American spelling - during the late 70s/early 80s and, for an adult reader, the surprises when they come aren't really that surprising, but that's not the point. The point is how Don reacts to these revelations under the circumstances and how much we believe and care - and boy, do we care - because Don and his family have become so real to us.

It's a rare skill to be able to bring a fictional family so convincingly to life, and with such humour, too. This is what puts Jacques Couvillon in the ranks of Frank Cottrell Boyce and the Australian writer Martine Murray. By the end of the book we've been so completely and convincingly drawn into Don's world - his family, his on-off relationship with his friend Leon Leonard, his dreams and ambitions - that he lives on beyond the story. And I wish all him the happiness he deserves.

In this, his first novel, Couvillon has laid a golden egg.

-Philip Ardagh from the London paper, The Guardian

"Reading Jacques Couvillon's THE CHICKEN DANCE is like having Napoleon Dynamite and Frank Perdue as your best friends. The pages turn faster than a dancing chicken and the story's narrator is a breathless winner whose heart is anything but chicken! This is crisp writing, full of brilliant details and sharp characters who all compete for center stage. A must read."

The 12-year-old narrator of Couvillon's debut novel set in the early 1980s reveals an intelligence overshadowed by naïveté and a hunger for approval that recedes with his growing sense of self-worth. Don Schmidt begins his breathless, unwittingly funny narrative soon after he has learned that his name is actually Stanley, which sets in motion a quest to uncover the mystery behind his real identity. The family runs a chicken farm in Horse Island, La., which they inherited when Uncle Sam (Don's father's brother) died. The will stipulates that the Schmidts can live in the house for 10 years if they "keep at least twenty-five chickens at all times." Given the unusually self-absorbed heads of his household, Dick and Janice Schmidt, Don takes solace among these feathered friends, feeding them, observing them, reading about them.

Chickens are about the only thing that people in Horse Island care about, so when Don wins the chicken-judging prize, he achieves star status--and Janice basks in his reflected glow. Humor pervades everything here, and Don's innocence lands him in situations that will have readers laughing at and with him. Humor even leads to a breakthrough with Janice. When she says, "You ever notice how all the people in this town have the same letter for their first and last name? You know like, Lucy Leonard, Jessica Jaubert, Julia Jay," he responds, "Maybe it's a law here that women can only marry men whose last name has the same first letter of their first name. . . . Maybe you and Father are breaking the law and you'll have to get a divorce or go to jail." She laughs, and appreciates Don for perhaps the first time--though he is more accurate than he knows. There are more plot twists than chicken feathers in this novel, and it is a credit to Couvillon that he brings them all together to a realistic close befitting this black comedy. The adults here may not be likable, but they are fully human and even win readers' sympathy by the end, as Don proves he is the most mature among them.

"Chicken Dance is one of those debut novels that buyers love- it is a story that children and adults of all ages can enjoy and it leaves you impatiently waiting for the author's next novel. With Chicken Dance, Jacques Couvillon has made his mark as one of the new young adult authors to watch."

"Chicken Dance is a thoroughly engaging story that captures the heart and soul of a young boy who stumbles into his family's hidden secrets. The story sensitively deals with deceit, friendship and loyalty while untangling what is important for him and his family."

"I thoroughly loved it! I became enamored with Don's voice. He is a wonderful protagonist: quirky, deadpan funny, and self aware. I came to care a great deal for Don and was sorry to see his story end. No better praise for a book than that! I passed it on to my three boys, it's a great story for young boys, as there too few books with boy protagonists that ring as true as this one does."

"I read Chicken Dance in almost literally one gulp and I still feel the glow from it. My heart ached for this child caught in the webs that self-centered and self-seeking adults weave. I loved Don's complexity. His tender, vulnerable innocence was matched with a resilience and maturity that allowed him to survive and make that wrenching, unexpected decision at the end. This is a book to savor and re-read."